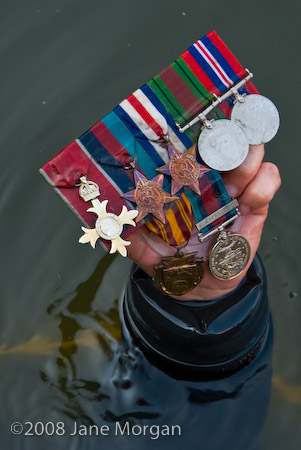 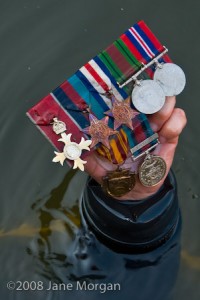 Over the last couple of days, there has been a lot of press coverage of the medalswerecovered from the Thames on 20th September. Since this story has generated a large amount of interest, I thought I ought to share some information about the events.

Last week, I had calls from Malcolm Miatt, Lifeboat Operations Manager at Teddington RNLI station where I work as a volunteer helmsman, and John Tough, the Deputy Launching Authority. John is also Commodore of the Dunkirk Little Ships Association, and his grandfather, Doug Tough was heavily involved in Operation Dynamo, which evacuated nearly 350,000 allied troops from the beaches and harbour of Dunkirk in May-June 1940.

John explained that he was going on a Thames cruise with a number of Dunkirk veteransthe previous Sunday when 93-year old Charles Brown‘s medals dropped from his jacket’s breast pocket into the river at Kingston Bridge as he boarded the boat. An attempt to recover them using a magnet was unsuccessful and John was wondering if I could organise a dive to try and recover them. 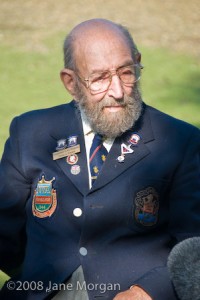 Although we’d never met, I had a lot of sympathy and an enormous amount of respect for Charles who volunteered to join the troops at the start of WWII. He was one of the last soldiers to leave Dunkirk and he returned to the front later, fighting in Dieppe and in the Normandy campaigns, not too far away from where I grew up in northern France.

I decided to plan the dive for Saturday morning and John Tough contacted the Environment Agency to obtain the authorisation to proceed. The event could coincide with an RNLI training exercise and Teddington Lifeboat would be able to prevent boat traffic from getting too close to the divers. Although we had a good datum and the spot where the medals went in was marked, I only rated our chances of success at 20-30%. I was confident that the weight of the metal would prevent the object from drifting, but I feared it would be buried in silt and hidden among the debris. The plan was therefore to search by touch and feel along the wall first, and then by expanding semi-circles.

As I entered the river downstream of the datum to avoid silting-out the scene, the water at the surface was surprisingly clear and I was glad I’d packed a torch “just in case”. I descended very slowly down to about 8 feet and the visibility there w 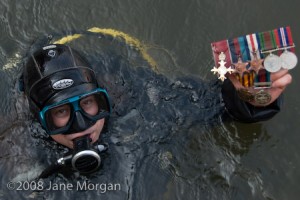 as about 1/2m. There were a lot of debris strewn around, all covered in a layer of silt. The moment I touched anything, it disappeared in a cloud.

I decided the conditions were good enough to conduct a visual search before starting to feel my way around the place. Hovering just above the river bed, I switched the torch on and looked for anything shining. After a couple of minutes, something glistening caught my eye. I very carefully pulled the object, and my heart nearly missed a beat when I realised it was one of the medals. I gave a long pull on the rope – the agreed signal that the treasure had been found – and came-up, completely extatic! 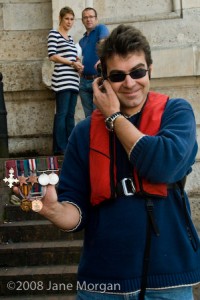 the Dunkirk small ships left Teddington 48 years ago) shortly afterwards. One of the news channels had arranged for Charles Brown to be driven there and I felt honoured to at last meet the man who had fought to free my country.

Charles hasn’t yest been reunited with his medals. We have sent them to be professionally cleaned because the bronze ones had already changed colour and the ribbons were slightly damaged after a week in the mud. As soon as the restoration work is complete, I hope to be there when his treasured possessions are returned back to him.

A few media links to this story:

One Reply to “The Thames medals story”