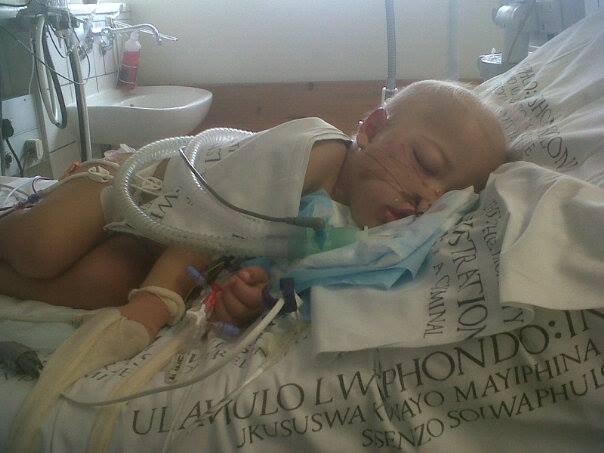 Can I get you to wear pink tomorrow? Tomorrow is Pink day for Lika – my friend Marisa’s little cousin who lives in South Africa. We’re not asking for money. We’re only asking you to help make her smile again by posting a picture of yourself wearing pink. People all across South Africa and now the UK will be participating in this as Lika has made the local news in her efforts to fight this rare disease. 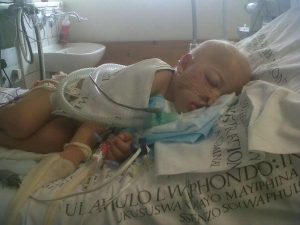 Now a mere two years old, Lika was born without bone marrow, and without the ability to produce it. It’s an extremely rare condition called Aplastic Anemia and there is no cure – only the option to have a bone marrow transplant. She received this two weeks ago – her sister is a perfect match. Bone marrow transplants involve the process of chemotherapy – before introducing the new bone marrow to the recipient. This is extremely dangerous for (any) such a little person as there are no white blood cells to fight infections due to the chemo.

Sure enough, she contracted a viral infection – the one commonly causing ‘pink eyes’ – such a common, quite harmless virus is now having Lika fight for her life as she has no white blood cells to fight the infection – but they are slowly building, so she might yet still win this round! Antibiotics are out of the question of course as this is a viral infection. Her lungs are struggling and she is on ventilator. The worst is that the main concern is still to be addressed – the possibility that Lika’s body is rejecting the transplant.

She is a little fighter – every day the doctors are standing around her bed in awe of how she is fighting against all odds!

Your support would be much appreciated! Your positive thoughts and prayers even more so! We believe with all our hearts that little Lika will be well and dancing to life soon.